In the context of the program “Eco-Conscious Minds to Stop Pollution in the Valuable Wetlands of Black Sea Basin” – BIOLEARN, the Management Body of the Evros Delta and Samothraki Protected Areas, with the support and valuable assistance of the environmental organization iSea, organized and successfully completed a two-day workshop.

The main purpose of this meeting was to exchange information, experiences and knowledge regarding the current state of wetlands of interest in relation to waste, as well as ways to address this issue through information and education. In addition, the creation and formulation of a common manual of best practices was discussed, which will aim at educating and raising awareness of different groups of people, for the protection of wetlands and the risk of their pollution.

Due to the prevailing epidemiological situation, the meeting took place on 15 and 16 October 2020, via teleconference, which was attended by distinguished scientists, educators and experts in various fields related to the management and protection of the environment and waste, NGOs and environmental organizations and others.

A brief description of the program and the speeches is given below:

At the beginning of the first day, I-sea started the workshop welcoming and introducing the participants.

The project partners presented the current state of litter in their areas:

Anna Maria Addamo from the European Commission, Joint Research Centre (JRC) presented the research ‘’Marine Litter in Black Sea, proposals for addressing the cross border issue.’’ A presentation on marine litter in Europe and specifically in the Black Sea and the various effects that they have. Programs that have been implemented or are being implemented were presented, as well as steps and actions that could be taken to improve the problem of marine litter.

Chrissi Karapanagioti, Associate Professor in the University of Patras, presented the research ‘’Possible sources of microplastic pollution, suggestions for proper waste management and emerging difficulties.’’ A presentation on the importance of microplastics as litter and the effects they can have on human health. The ways in which microplastics end up in the environment were presented and ideas and suggestions were given for the reduction of litter and microplastics.

Utku Güner from the Trakya University, Faculty of Sicence, Biology Department presented the research ‘’Identifying regional issues regarding the danger of river-borne and marine litter to biodiversity.’’ A presentation on the importance and function of wetlands as well as the importance of biodiversity and specifically in the Meric Delta. Reference was made to wetland pollution and how it affects biodiversity. 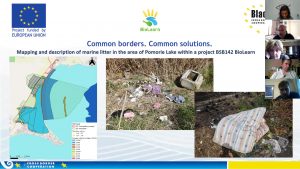 Αt the end of first day of the workshop there was an open discussion between all the participants for topics presented and contributing to the creation of the Manual of Best Practices. It was mentioned and discussed to which groups the manual will be addressed and it was deemed necessary to target mainly students, schools and teachers of all levels of education. Teachers through teaching and information can influence and guide children, who are very powerful tools and can make a difference and change for a better future. In addition, the content of the manual was discussed and whether other pollutants should be included besides plastic, which is the predominant wetland pollutant.

During the second day of the workshop, the meeting started with 4 presentations of experts:

At the end of the second and last day of the workshop there was an open discussion between all the participants for topics presented and contributing to the creation of the Manual of Best Practices as well as the content of the 12 Training Sets. The titles for each training set were analyzed and a change to two of them was suggested. The division of the 12 training sets into subgroups was also discussed, depending on the requirements of each age group and what they may include, such as information and analysis on each topic of the training sets, activities on each title that will be divided according to the age of the target audience and ideas for waste reduction and how they can be implemented. 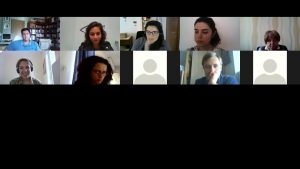